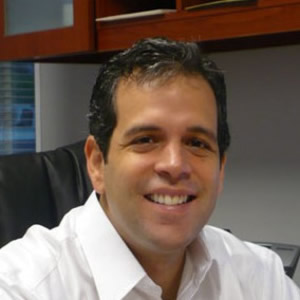 Mr. Villalobos has extensive experience in the financial services and retail industries since 1996.

In 2010, as part of the Sr. Management Team led by Mario Trujillo and continuing the 2007 strategy of becoming one of the largest and the best electronic funds transfer companies; Mr. Villalobos participated in the search, planning, fundraising and execution of forming Money Transfer Acquisition Inc. (MTAI) and successfully completed the acquisition of DolEx Dollar Express, Inc. (“”DolEx®””) and United Europhil (“”Europhil””) in May of 2010. Both DolEx and Europhil are leading money transfer companies operating in the US and Spain markets, primarily serving the Mexico and Latin America corridors. This acquisition was carried out in partnership with Institutional Private Equity Investors, led by Palladium Equity Partners, Prudential, Adams Street Capital and Parish Capital. Mr. Villalobos is responsible for leading and managing all of MTAI’s business efforts in Europe and is responsible for managing Europhil.

In 2007, led by business partner Mario Trujillo, Mr. Villalobos and Mr. Joe Venezia (colleague/partner) performed the search, planning, fundraising and execution of a strategy to acquire another “”Platform”” (RQI) to become a leading electronic funds transfer company in the US and Europe serving Latin America. RQI was successfully acquired in April 2008 in partnership with Institutional Private Equity Investors, led by Palladium Equity Partners. At RQI, Mr. Villalobos manages the International Payer network as well as the company’s business in Spain.

Prior to RQI, Mr. Villalobos was a member of the management team that acquired Vigo Remittance Corp in 2003 and successfully sold it to First Data Corporation in October 2005. Vigo was one of the largest privately held, consumer money transfer company in the world focused primarily in the US to Latin America market. During his three years with Vigo, he served in various key international sales positions of increasing responsibility as well as served as the main link between the company’s international and US sales organizations. Ultimately, he served as Senior Vice President leading the team responsible for the business development, network expansion, contract negotiation and all growth initiatives of the company’s entire Latin America region which comprised over 95% of the total business.

Prior to joining Vigo, Mr. Villalobos had a 7-year career at Bank of America working in the bank’s US domestic and International divisions. From 1998 to 2003 he was the senior financial analyst for the bank’s Restaurant Finance Group. In that role he defined financial solutions for clients in the franchised restaurant industry, offering a diverse array of banking products and services including senior debt, sale leaseback and M&A advisory services. Prior to that, he served as a Global financial analyst for the bank’s International division providing financial services to large corporations and banks throughout Latin America.

Mr. Villalobos holds a Bachelor of Science degree in Industrial and Systems Engineering with a Minor in Finance from the Georgia Institute of Technology.