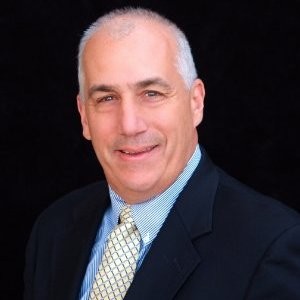 Mr. Tumbarello joined MTAI/DolEx in December 2018 as their SVP of Accounting and Finance.  He became Chief Administrative Officer in March 2019 and Chief Financial Officer in July 2019.  At MTAI / DolEx, Mr. Tumbarello’s responsibilities encompass a broad scope including finance, liquidity management, planning, operational / process improvements and technology. He will continue to leverage his experience in interacting with investors, financial partners and global banking relationships.  Mr. Tumbarello, in conjunction with the leadership team led by Mario Trujillo and Stephens Capital Partners, managed the diligence process and eventual management-led buyout Mr. Tumbarello became the MTAI / DolEx Chief Financial Officer and Board member in July 2019.

Prior to joining MTAI / DolEx, Mr. Tumbarello consulted in the industry with a global operator re-engineering the companies budgeting, pricing and analytics areas while building domestic and banking relationships.

From 2015 through March 2019, Mr. Tumbarello leveraged his skills in finance, operations, technology and compliance in the global funds transfer arena.  He was the Chief Financial / Chief Operating Officer for TRANS-FAST.  Mr. Tumbarello led all business, financial, trading and treasury operations for their Omni-channel global payments product originating in North America and the GCC to over 120 countries.  Mr. Tumbarello, in concert with the leadership team and majority owner GCP Capital Partners, brought TRANS-FAST through a minority equity investment process with a foreign investor, Apis Partners (Apis.pe).  Mr. Tumbarello also led the process to recapitalize TRANS-FAST with Comvest Partners through a combination of term and revolver debt.

Before joining TRANS-Fast, from 2010 through 2015, Mr. Tumbarello was the SVP of Finance and Administration and the Chief Compliance Officer for Global Cash Card (now ADP) managing compliance, finance and risk areas.  He drove operational improvements via automation while building a robust Compliance organization.  He was responsible for all bank and network relationships (MasterCard, Visa).

Throughout his career, Mr. Tumbarello has been a constant top performer garnering awards for financial and business process and technology improvements while at First Data and Time.  Mr. Tumbarello served as the COO / CCO for FNDS3000—a FinTech start-up bringing prepaid cards to the South African market.  Prior to FNDS3000, he was the CFO / COO for Cash Tech Card Systems delivering financial inclusion in the Hispanic market through prepaid products.  At First Data Mr. Tumbarello was a Divisional CFO and General Manager and at Viacom a divisional VP of Strategic Planning and Development.  Mr. Tumbarello started his career at Time (HBO) where he received numerous promotions.

Mr. Tumbarello has his MBA in Corporate and International Finance from Baruch College in New York.  He resides in Atlanta and Seaford New York where he is involved in numerous charitable activities.