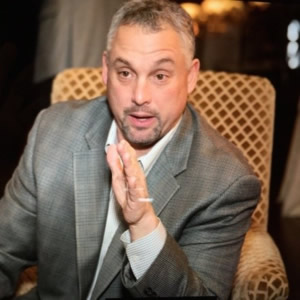 Mr. Venezia is responsible for and manages all Retail Sales Operations (Stores and Retail Agent Network) in the US, Puerto Rico and Spain.  In addition, Mr. Venezia oversees the management of the International Payers/Correspondents, New Business Development and Corporate Marketing for DolEx Dollar Express respectively.

In 2019, as part of the Sr. Management Team led by Mario Trujillo, Mr. Venezia participated in the search, planning, fundraising and execution of a strategy to sell Money Transfer Acquisition Inc. (MTAI) in a Management-led Buyout to a Sponsor Group of 5 prominent Family Offices on 12/31/19. MTAI processes @ $5 Billion annually in various financial products in 35 US States, Puerto Rico, USVI and Spain and in over 75 countries.

In 2010, as part of the Sr. Management Team led by Mario Trujillo and continuing their 2007 strategy of becoming one of the largest and the best electronic funds transfer companies; Mr. Venezia participated in the search, planning, fundraising and execution of forming Money Transfer Acquisition Inc. (MTAI) and successfully completed the acquisition of DolEx Dollar Express, Inc. (“DolEx®”) and United Europhil (“Europhil”) in May 2010. Both DolEx and Europhil are leading money transfer companies operating in the US and Spain markets, primarily serving the Mexico and Latin America corridors. This acquisition was carried out in partnership with Institutional Private Equity Investors, led by Palladium Equity Partners, Prudential, Adams Street Capital and Parish Capital.

In 2007, led by business partner Mario Trujillo, Mr. Venezia and Mr. Eduardo Villalobos (colleague/partner) performed the search, planning, fundraising and execution of a strategy to acquire another “Platform” (RQI) to become a leading electronic funds transfer company in the US and Europe serving Latin America. RQI was successfully acquired in April 2008 in partnership with Institutional Private Equity Investors, led by Palladium Equity Partners. At RQI, Mr. Venezia managed the Sales & Marketing teams and assisted with Operations support.

Mr. Venezia played a key role in the growth and ultimate sale of Vigo Remittance Corp. in 2005. As EVP Sales for the United States and Canada, he led a sales team of more than 70 and successfully exceeded company growth goals with a base line growth of 6% and was able to achieve YOY growth in the low 20% range in less than 24 months. In addition, he played an integral role in the Vigo “success story” by being a key driver of operations support and strategically participated in the sale of the company. In October 2005, Vigo was successfully sold to First Data Corporation in an all cash sale for $371 Million, a transaction that yielded exceptional returns.

Prior to joining Vigo, Mr. Venezia held the position of SVP Sales at American Payment Systems (APS), the largest processor of walk-in bill payments in the US. In addition, Mr. Venezia served on the Board of Directors for Cell Cards Inc. a subsidiary of APS.  Prior to APS, Mr. Venezia was the RVP Sales for Paystation America (Consumer Bill Payments). Mr. Venezia has also held several Sales Management positions at Western Union, including District Manager of New York, the largest assignment within that position.

Mr. Venezia earned a Bachelor of Science degree in Marketing from Penn State University in 1988.