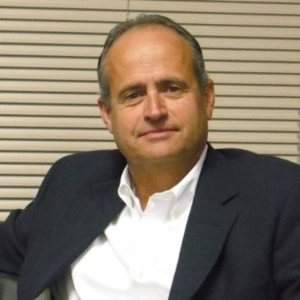 Mr. Trujillo has extensive experience and relationships in the financial services/payments industry and specialty finance industry. He has been involved in international business primarily serving the Latino community in the US since 1982.

In 2019, as part of an earlier strategy to become one of the largest and the best electronic funds transfer companies in the US and Spain, Mr. Trujillo led the search, planning, fundraising and execution of a strategy to have Money Transfer Acquisition Inc. (MTAI), sold in a Management-led Buyout to a Sponsor Group of 5 prominent Family Offices on 12/31/19. MTAI processes almost $5 Billion annually in various financial products in 35 US States and Spain and in over 75 countries.

In 2010, as part of an earlier strategy to become one of the largest and the best electronic funds transfer companies in the US, Mr. Trujillo led the search, planning, fundraising and execution of a strategy to have Money Transfer Acquisition Inc. (MTAI), acquire DolEx Dollar Express, Inc. (“DolEx®”) and United Europhil (“Europhil”), both leading money transfer companies operating in the US and Spain markets; primarily serving the Mexico and Latin America corridors. DolEx and Europhil were successfully acquired in May 2010 in partnership with Institutional Private Equity Investors, led by Palladium Equity Partners, Prudential Capital Partners, Adams Street Capital and management. MTAI processes over $4 Billion annually in over 50 countries.

In 2007 he led the search, planning, fundraising and execution of a strategy to acquire RQI, a leading money transfer company operating in the Northeastern US and primarily serving the Dominican Republic and Latin America. RQI was successfully acquired in April 2008 in partnership with Institutional Private Equity Investors, led by Palladium Equity Partners and management.

In 2002, he orchestrated the search, fundraising and acquisition of Vigo Remittance Corp., then one of the leading electronic funds transfers companies in the US serving Latin America.  Vigo was one of the largest privately held, consumer money transfer company in the US. During 2005, the company processed over $3.5 Billion in more than 55 countries.  In October 2005, Vigo was successfully sold to First Data Corporation in an all cash sale for $371 Million, a transaction that yielded exceptional returns.

From 1999 to 2001, he served as EVP and CFO of Directo, Inc., an early-stage financial services provider of electronic card payment and processing solutions backed by European Private Banks.  He served as General Partner and CFO of MCP, LLC, and its affiliate, IEA Group, LLC, a private real estate investment management and advisory firm from 1994 to 1999.  From 1989 to 1994, Mr. Trujillo also served as EVP and CFO of Ackerman & Company, a full service, regional real estate development, management, brokerage and investment company.  Since 1982 and prior to joining Ackerman & Company, he served as a Senior Tax Manager with a Big 4 Accounting Firm and participated in the firm-wide international, real estate and banking teams.

Mr. Trujillo serves numerous Boards of the various entities in the MTAI Group and is also on the Advisory Board of the Inter-American Dialogue’s Financial Services Advisor. Previously, Mr. Trujillo was appointed by Georgia’s former Governor The Honorable Roy Barnes to the first and founding Board of the Georgia Commission on Hispanic Affairs in August 2001.  Mr. Trujillo also served on the Board of the Latin-American Association, the largest non-profit serving Latinos in Georgia. Mr. Trujillo is Cuban-American and speaks Spanish fluently.  He graduated from The University of Tennessee with a BS degree in Business Administration (Accounting) and holds an inactive Georgia CPA License.